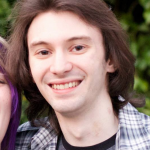 Marco is currently a PhD fellow in the Center for Computer Games Research games at the IT University of Copenhagen.

He completed his Master degree in in Information Technology through the Media Technology and Games program of IT University of Copenhagen in June 2014. During his master studies he has developed a great interest in Procedural Content Generation for games, especially of music. His research at the time created the basis of what is now his PhD work: the expression of affective meaning through computer-generated music.

He has also developed different types of games (both large and small) during his education and in his spare time. He received his Bachelor degree in Computer Science from the Università Statale di Milano in 2011, in which he specialized in artificial intelligence and mathematical logic.

Marco’s PhD research investigates the expression of moods and the affective effect this mood-expressive music can have on the listener and applying this research to games:

The final objective is to create a system where, by using a cognitive model of the player, we would be able to identify the player’s emotional state and be able to reinforce or manipulate it through the use of mood-expressive music to improve user experience.

You can find more information at msci.itu.dk